Delivering award-winning independent film to everyone

Martin is one of Britain's leading entrepreneurs, operating between the US and UK, and a global thought leader on the subject of Entrepreneurship. He is also an inventor, film producer and investor. Martin is currently the CEO of Flix Premiere, the leading independent film streaming service. In addition he is the Chairman & Founder of Autonomous Flight, an electric aviation focused R&D firm pioneering EVTOL urban air mobility. Martin is the founder, author & mentor of Entrepreneur Seminar, the No. 1 online learning & mentoring program for Entrepreneurship.

Among Martin's accolades, he achieved the grand slam fast exit when he co-founded botObjects, a revolutionary 3D printing software and hardware manufacturer, which was later acquired for $50MM in January 2015 in a record breaking 17 months by the industry leader, 3D Systems Inc.. Warner co-invented a ground-breaking full-colour 3D desktop printer called the ProDesk3D which made the front cover, appeared No.1 in T3's Magazine Hot 100 products.

In recent times, the media has compared Martin as the British version of Elon Musk due to his multi-faceted inventions and focus areas.

Martin has built a dozen leading products, and published over 120 patents, as well as having over 7,000 entrepreneurs go through his Entrepreneur Seminar program. He was responsible for creating and hosting a leading London focused start-up & venture investment focused conference - Tech Entrepreneurs Week.

As a passionate advocate for entrepreneurship, Martin has interviewed some of the greatest leaders and innovators in the world today including Sir Richard Branson, Peter Guber, Steve Wozniak, Jimmy Wales, Carly Fiorina and others.

Martin frequently comments on his ventures in the media, and has appeared on many news programmes including Sky News, BBC News, BBC World News, Fox Business, and across many print, magazine and online media outlets across the world. He has appeared on a number of magazine cover's including Variety and Screen, and delivered a keynote interview at the Cannes Film Festival.

Warner has constantly remarked and demonstrated that his disruptive ideas have formed the cornerstone of his career. As well as disrupting the film business with Flix Premiere, and investing in drone software and an Internet marketplace - he has delivered a number of innovations across technology. These include business networking, business seminar markets, the first real ERP for IT, corporate news ticker implementation, the pioneering of rapid application development principles and techniques and The Engine Concept - automating financial trades of investment banks.

Founded by Martin Warner, Flix Premiere launched in 2015 and set out to create the world's first true online cinema for movie watchers around the globe - delivering New Movie Premieres - Anytime, Anywhere. Flix Premiere has disrupted the motion picture business, by offering first run movie premieres and becoming the single online destination for new movies. Warner saw the necessity for the world's first online cinema, when realizing that 95% of the movies produced each year ‘never' find their audience, or recover their investment due to the traditional distribution model; therefore, the majority of quality cinema today has become difficult to discover, expensive to fund, and even harder to market. Flix Premiere eliminates the chance for these films to go unnoticed or forgotten, enabling the abundance of quality films to revolutionize the industry as we know it today .

Warner pioneered the world's first interactive business networking and productivity services site (launched on 18th August 2008 in the US and UK). www.talkbiznow.com is the most intuitive and effective business networking site in the global market today, promising to help connect business professionals to increase their network, but also helping professionals to be more effective in their daily business lives through the access of easy and simple to use productivity services.

Tackling the big issues in IT, while transforming the business seminar market

Warner founded a new kind of business seminar called Technology of Tomorrow 08, at the Royal Albert Hall in London (and later in 08 in the US) that focuses on technology leadership, consumer experience and the impact of tomorrow's technology platforms. Warner built an audacious vision for tackling the biggest issues in technology and got the greatest leaders to join him to explore the issues. TOT2008 is unique as it focuses on telling the story 8 months before the event in exclusive video podcast interviews with the great leaders, and has built intentionally an eco-system around the event such as case studies, trailers, blog, podcasts and much more. It has brought together the finest leaders ever of its kind in front of 5000+ attendees at one of the world's finest venues. As well as raising the ceiling on quality, TOT2008 offers the seminar at 40-50% lower than any other seminar. It has literally turned the business seminar market on its head.

Obsession with IT Management innovation and solving IT's complexity conundrum

At JP Morgan and later in consulting, Warner built upon his foundation of convergence and automation experience and applied it to the processes that drove managing the IT Enterprise. Warner had been responsible for many of the processes at JP Morgan and understood a lot of the emerging principles at the time around business and service management, asset and financial management, portfolio and investment change and others. Warner could quickly predict how 'software and services' in the market would evolve to solve IT Management problems for CIO's and corporate IT departments. At the center of Warner's thinking was his belief that IT Management = less IT Complexity - and that this simple philosophy would lead to efficiency and effectiveness both in process maturity, staff training, and in software and services. From a software path, IT Management solutions could evolve through the experiences of ERP being applied to IT (see below). Warner would soon be asked to help companies like IBM, HP, CA and others in determining their visions for IT Management, and would help Venture Capital firms determine how smart investments in Enterprise Software could be realised through the market investing in IT Management. Warner's perspective was in demand and led him to speak at many conferences around the world while at JP Morgan and BearingPoint.

Before the IT Management software vendors such as IBM, HP, CA and others had integrated their software to deliver a single management platform, Warner was brought back to JP Morgan (now JP Morgan Chase) to help build a vision for their global infrastructure's management platform. Warner soon built and managed a global technology application that would see new innovation for the first time beating the market to emerging practices such as implementing an IT Services organization, building an IT Services-based catalogue, developing a first management language for IT (before ITIL), innovating and evolving cost recovery and chargeback theory, and developing modern IT financial management practices based upon a services-based organization. Warner had imagined a world that was not too different to manufacturing that could be applied to IT - managing supply and demand, and in doing so develop just-in-time principles that could be applied to demand management processes that would reside at the heart of this new ERP system for IT. It was built for the internet and intranet, using multi-dimensional modelling and advanced querying code and smart interfaces that could link to a vast array of legacy infrastructure systems. It still remains today one of the key technological innovations of the management age that has spurred on a significant level of investment and innovation in the global enterprise software industry and forever changed the IT Management market.

When the early internet pioneers were building news tickers such as Yahoo's and the BBC's among others, Warner developed the market's first news ticker for the corporation, enabling the 'ticker bar' to be edited with corporate information. It became a secure way for trade information to be sent in seconds to desks around the world using this communication tool. Now, most banks and many other companies from different industries use Warner's technology to communicate real-time on their desktops with information ranging from current news, corporate news, product information and prices. Where there is a need to communicate real-time and at pace in a secure way, the corporate news ticker was a perfect vehicle. Later on, popular SMS Messaging technology was based on similar principles and technology.

During Warner's time in investment banking, he saw the problems with IT operating models and silo-based technology functions that didn't partner well with the business. The challenge was getting business requirements turned into technology products when the business wanted them, as opposed to requirements being queued up like application development functions would often do. Warner was fascinated with the productivity revolution taking hold in the late 90's and the proliferation of the spreadsheets and databases solutions. His curiosity led him to architect and build a number of leading edge solutions around financial management, project management and communication that spawned a rapid application development culture and structure inside JP Morgan that would see the industry look up and listen to how technology products could be developed quickly, securely and reliably using Extreme RAD principles and techniques. Under Warner's leadership, he built over 30 products across two companies that specialised in rapid application development. One particular innovation in itself was the case example for how financial management could deliver huge productivity savings in technology while addressing fast business requirements and control needs within investment banks - this was to be known as The Engine Concept - see below.

Warner was responsible for delivering a huge automation and cost reductions to middle office functions of investment banks through his pioneering thinking and delivery of the first object-oriented, multi-dimensional modelled financial management application that reconciled financial trades of investment banks. From dealers in the front office to the back office finance function - The Engine Concept could reconcile in seconds profit and loss and balance sheets for any financial product. This thinking became the inspiration for several software houses that soon realised how to help all investment banks using Warner's innovation. The Engine Concept still resides as part of the solutions in many investment banks today.

Watch Warner talk about business, media and technology issues, through his 'Technology of Tomorrow series' with global business and technology leaders including Sir Richard Branson, Carly Fiorina, Peter Guber and many more. 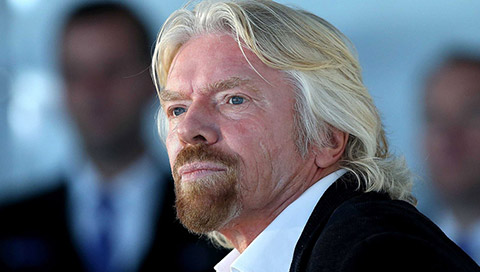 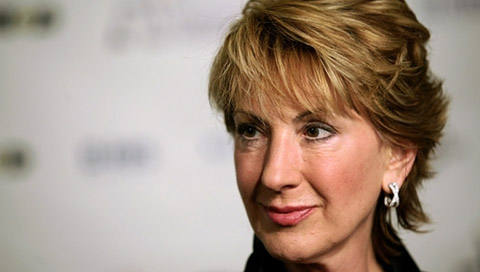 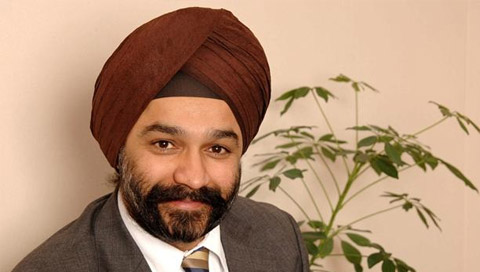 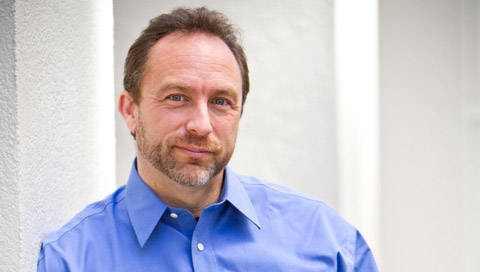 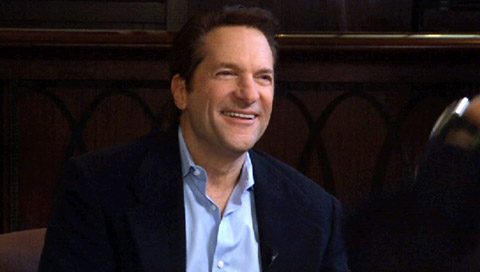 Behind the scenes with Martin Warner. 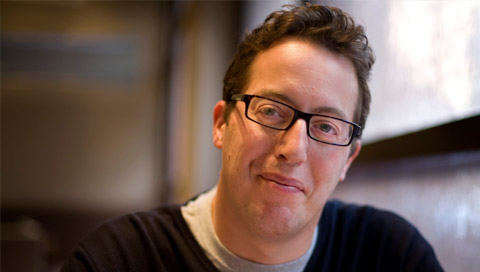 What do drones mean for cityscapes?
Information Age - View Article